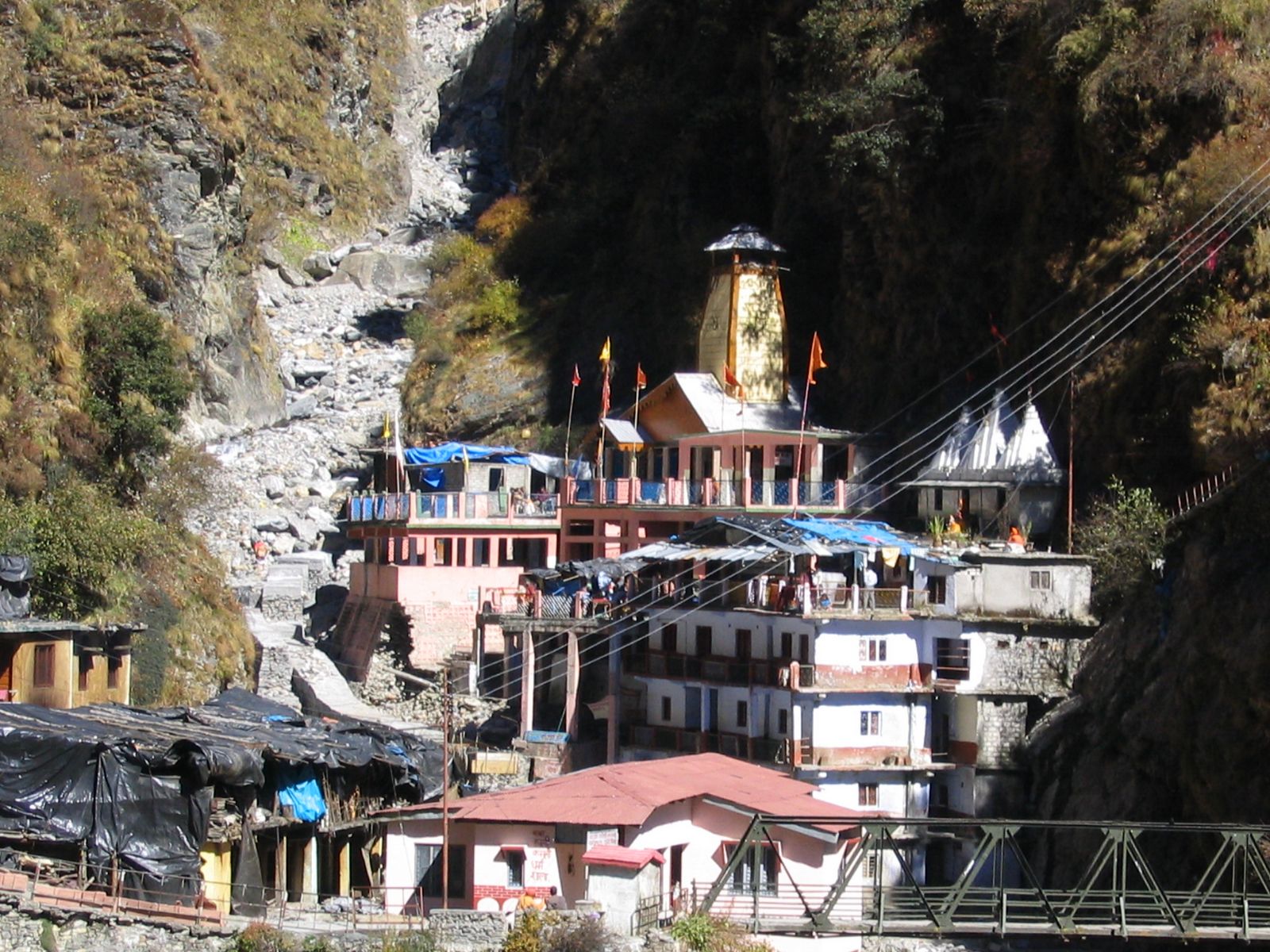 
Yamunotri is a resource of Yamuna. It is situated on the westernmost part of the Garhwal Himalayas and to the opposite of Gangotri. The original foundation is a frozen lake made up of ice and glacier but it is located on the Kalind Mountain at an enormous height of 4421m. This makes the place almost impossible to access therefore the shrine has been located at the end of the mountain. One can easily feel the ice like cold water of the Yamuna. The innocence and the purity of the place make it highly respectable. The temple was constructed by Maharaja Pratap Shah from Tehri Garhwal. The idol is made of black marble. The temple occupies its place towards the left bank of the river Yamuna. Just like the Ganga, Yamuna has been lifted up to the position of a heavenly mother for the Hindus. It is also believed that the Goddess is responsible for fostering and expanding the Indian civilization.

As the legend has it, a sage, Asit Muni once acquired his hermitage at this place. He used to bathe everyday both in Yamuna and Ganga. It was for him only that a tributary of Ganga emerged right opposite to Yamunotri as he was not able to go on a pilgrimage because of his old age.The temple maintains hot water springs flooding out of the cavities in mountains. The most important Kund is the Surya kund. Divya shila is a shila lying nearby which has to be worshipped before the Puja takes place for the diety. The disciples offer rice and potatoes wrapped in a muslin cloth and dipped in the available hot water springs. The people take back the cooked rice back home in the form of prasadam. There is a place near Jankichatti called Kharsali. This is where he pujaris and pandits come from. These pundits hold the responsibility of offering the prayers and performing other religious rites and duties according to the Shastras. They are basically the administrators of the holy place.

Here again there is a fixed auspicious day, Akshya Tritiya, at which the temple gets unbolted. The time is generally last week of April or first week of May. The closing time for the temple is Diwali. The closing ceremony is very brief as the valley is covered with snow all over and at that time the valley becomes no man’s land. As soon as the snow melts the temple reopens for thousands of its visitor next year. The birth place of Yamuna is considered the Champasar glacier situated at an altitude of 4421m. It is situated exactly below the Bander Poonch Mountain. Surya’s daughter, the Sun God, Sangya is the birth place of for the Yamuna at the Champasar Glacier. There stays a mountain neighboring the river source which is bestowed to her father. It is called Kalinda Parvat. Kalinda stands among the various names of Surya. The river Yamuna is very well known for its playful attitude. The reason was her mother. She could never make an eye contact with her stunning partner.